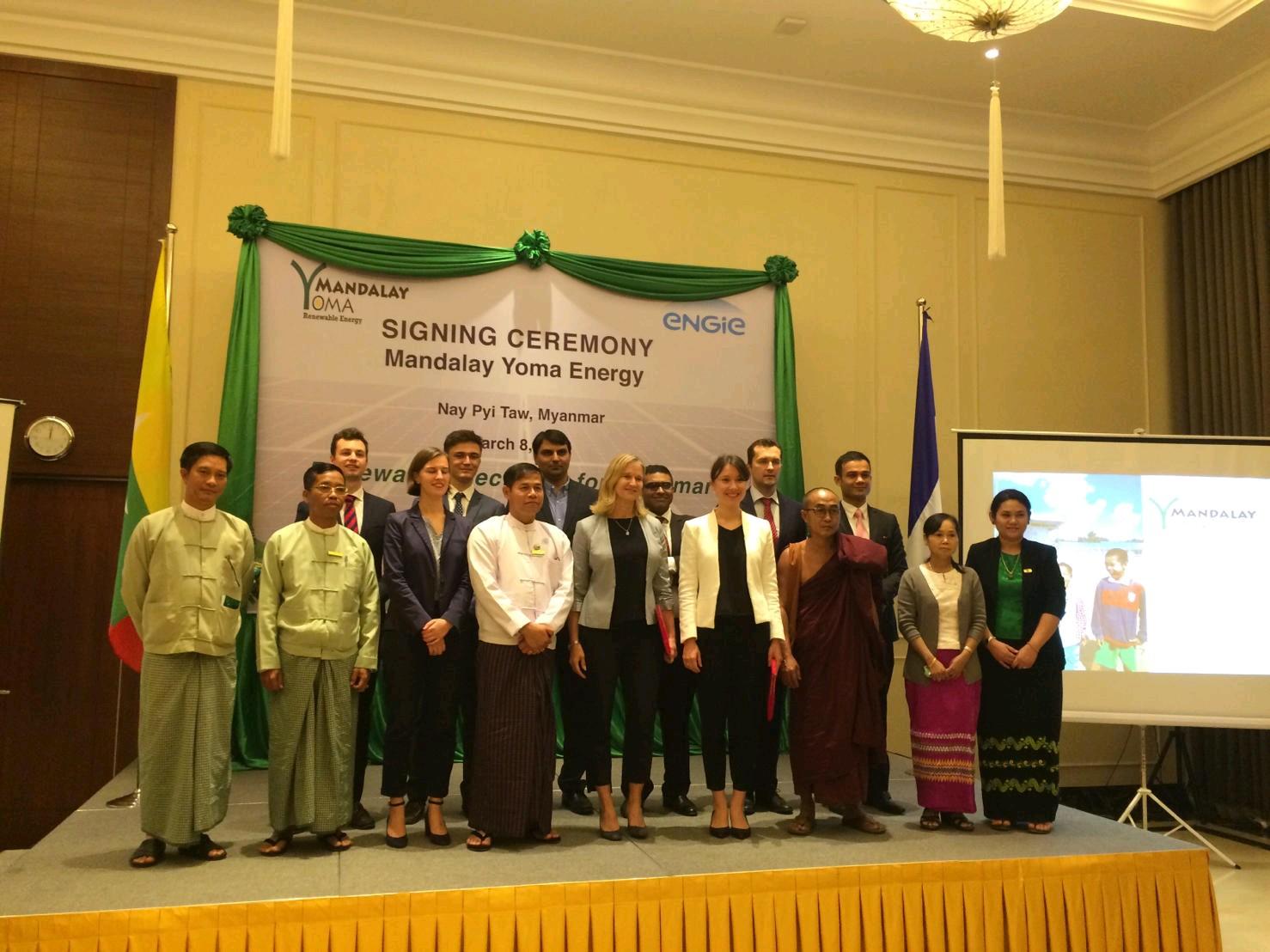 The contract signing ceremony between Sol Partners, the Singapore-based holding company of Mandalay Yoma Energy, and GDFI was held in Naypyidaw and was attended by high-level representatives from Myanmar’s Department of Rural Development, Ministry of Electricity and Energy, the French and European Embassies, the World Bank, GIZ, DICA as well as national media. GDF International SAS (GDFI), a member of the ENGIE Group, is taking a minority stake in Mandalay Yoma Energy to enable faster development of energy access projects in the country.

By leveraging ENGIE’s global expertise and Mandalay Yoma Energy’s local experience, the partnership will promote access to clean and reliable energy, supporting Myanmar’s Government in reaching its goal of universal access to electricity in the country. The partnership will implement solar mini-grids across villages in 2019 to 2020, leading to electrification of thousands of rural households. The development of projects will be under the DRD minigrid program that is aligned with the National Electrification Plan 2030 supported by the World Bank.